If you asked a sports audience who Carlo Pedersoli is, most probably people, with the exception of Italians, and maybe not even them, would not know who the man behind this name is; however if you asked who Bud Spencer is, there is great possibility that people would respond he is a movie actor. Nevertheless, it is the same man behind both names. In fact, Carlo Pedersoli was born in Santa Lucia, a neighbourhood in Naples, in a rather bourgeois family, but in 1940 he had to leave Naples, during bombings, for Rome and then in 1947 he followed his father, a ruined manufacturer who was trying to rebuild his life, in South America.

His first stop was Rio de Janeiro, Brazil, then Argentina, he was also studying at intervals, was mostly swimming and was doing all kinds of jobs. However in 1949, at the age of just twenty years old, he returned to Italy, resumed his law studies and swam to relax. Soon, it was obvious that Carlo had undeniable physical qualities (194cm and 120 kg) in sprint swimming and water polo.xx Less than a year of more or less serious preparation gave its first results since on 19 September 1950, he became the first Italian to swim the 100 metres freestyle in less than a minute, at 59.5. Being a dilettante, he already had his mind on cinema and frequently spent time in the mythical Roman studios of Cinecittà; after 1951, he was like the athlete Giuseppe Tosi as he was one of the extras for the film “Quo Vadis“. Despite the fact that he never fully dedicated himself to the practice of his sport. He managed, however, to lower Italy’s record at 58.2.

During his career, he won seven national titles and the silver medal in 100 metres (59.7) in the 1951 Mediterranean Games in Alexandria, behind the French Alexandre Jany (58.9), whereas he also won another silver medal in the 3x100m relay swim. Four years later, in the Barcelona Mediterranean Games, he finished the 100m freestyle race seventh at 61.7, away from the winner, the French Aldo Eminente (57.7). However, it was in the same 1955 Games that he won the gold medal with the Italian water polo team. He competed in two Olympic Games editions: in the 1952 Helsinki Olympics and then in the 1956 Melbourne Olympics. In Finland, he was a semi-finalist in 100m (58.9) and in the 4x200m freestyle relay (9:17.9) and he achieved the same feat in Australia, in the 100m race (59.0). This was the end of his swimming career.

With a law degree, and switching between being a singer, an inventor, and aircraft and helicopter pilot, he also founded the airline “Mistral Air” which he then resold. He was married to the daughter of a film producer, Aristide Massaccesi known under the pseudonym Joe D’Amato, but he could not find any roles in his measure and this is when he came up with his new name, Bud Spencer. Bud like Budweiser the beer and Spencer in honour of his favourite actor Spencer Tracy.  This marked the birth of the spaghetti western era, with his partner Terence Hill, born Mario Girotti.

Together with Terence Hill, they made eighteen films over a period of twenty-seven years. In “They Call me Trinity”, the duo gets some significant acknowledgement and, despite the questionable quality, the film was mostly an international success. He made about forty films, until 2004. At the end of his life, he devoted himself to writing his autobiography, making rare public appearances, making it to the third tome that was intended for the German public. The first two books sold over two hundred thousand copies. 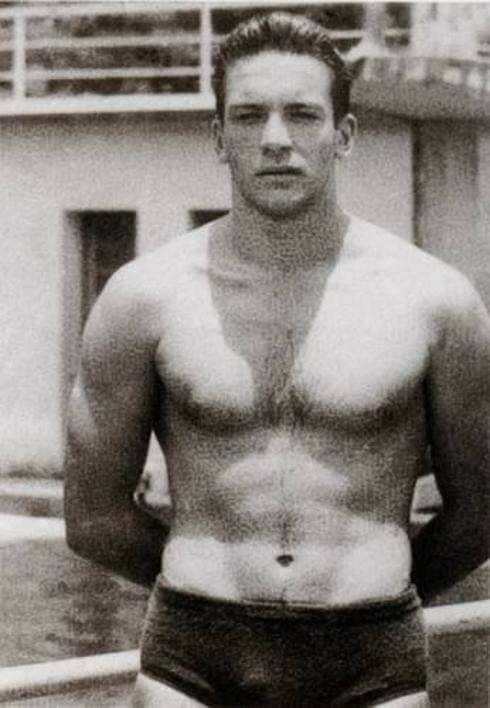 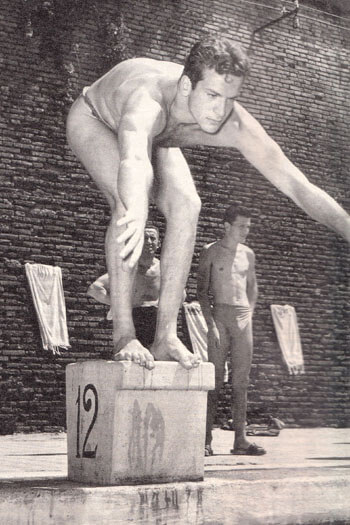 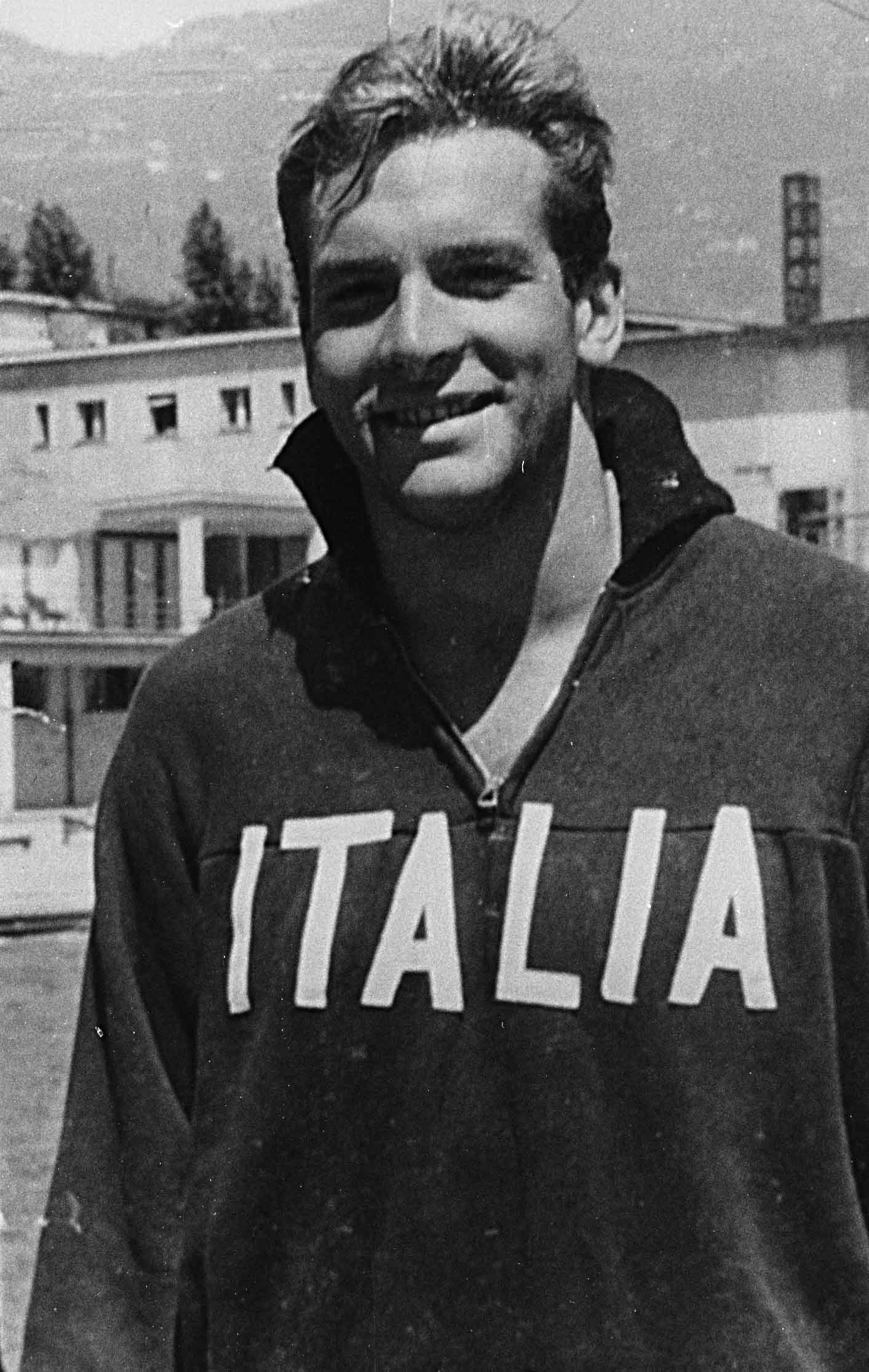 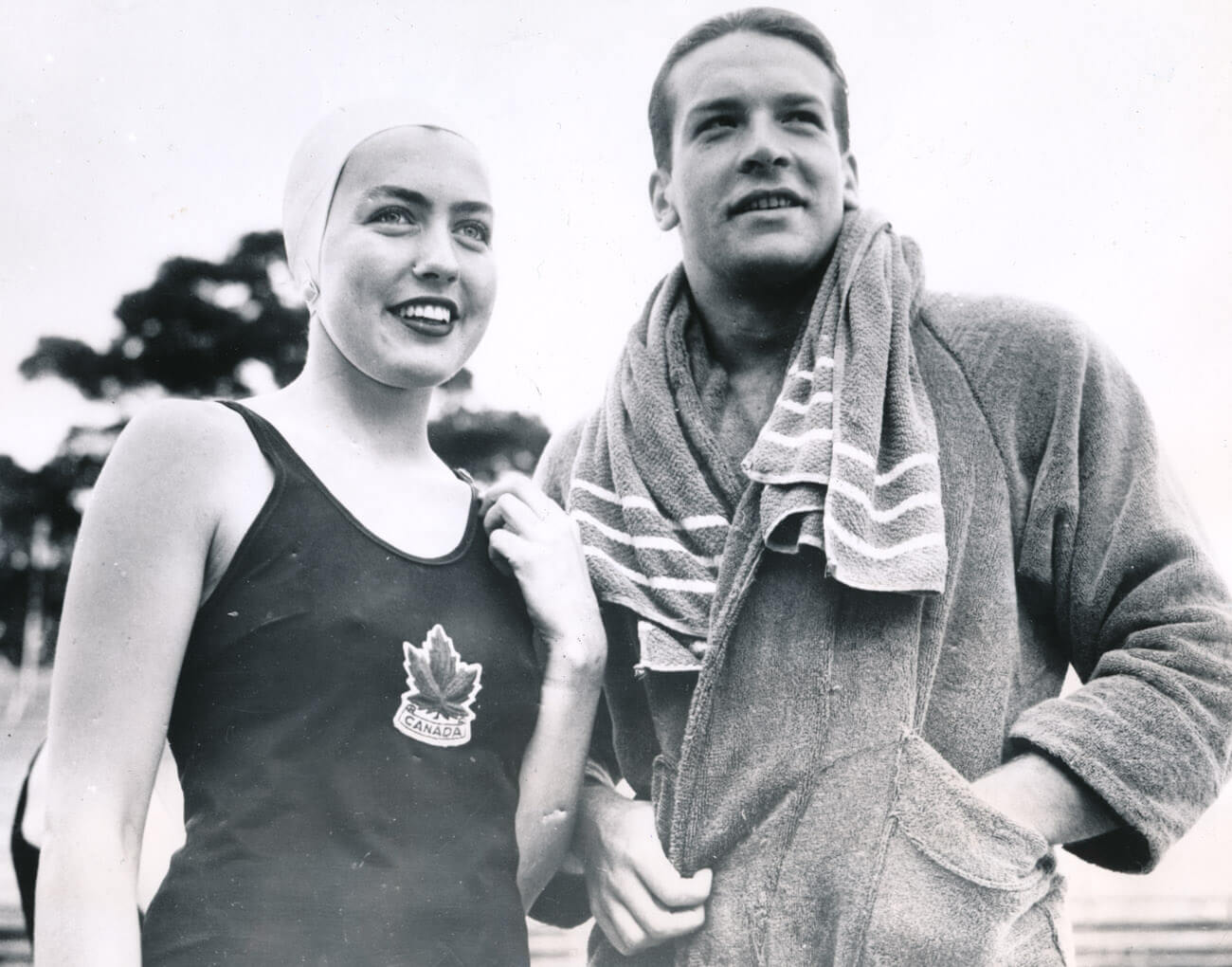 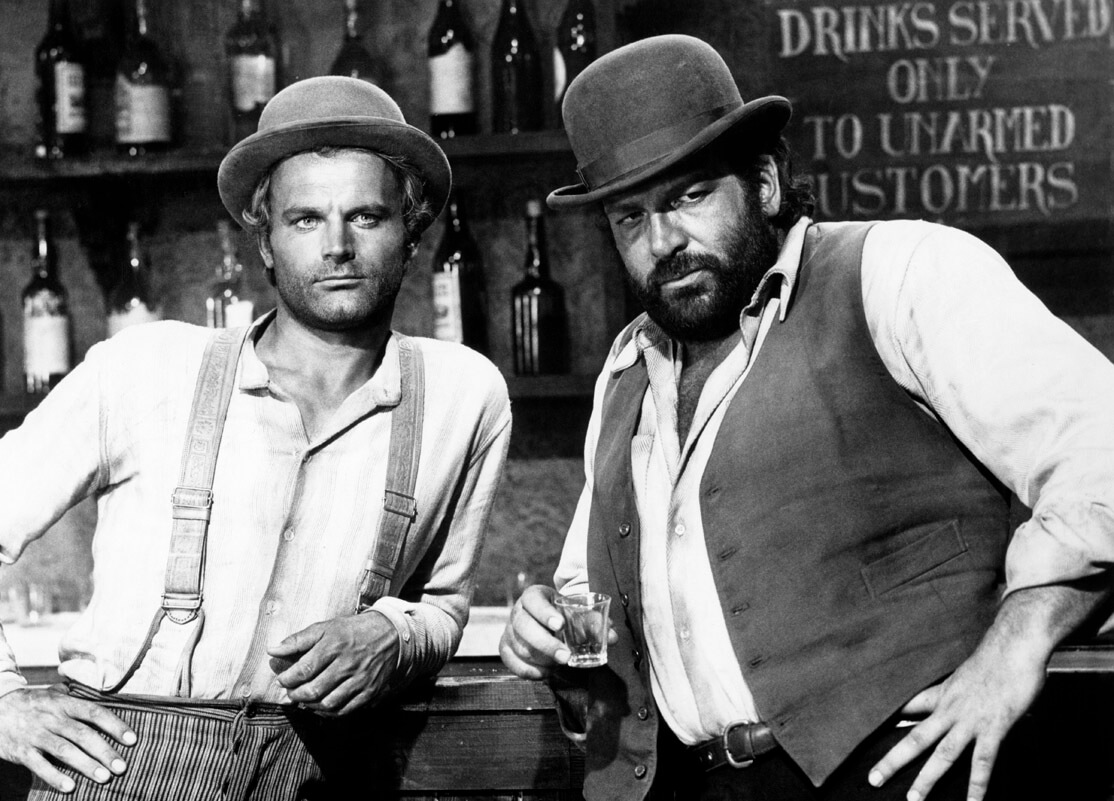 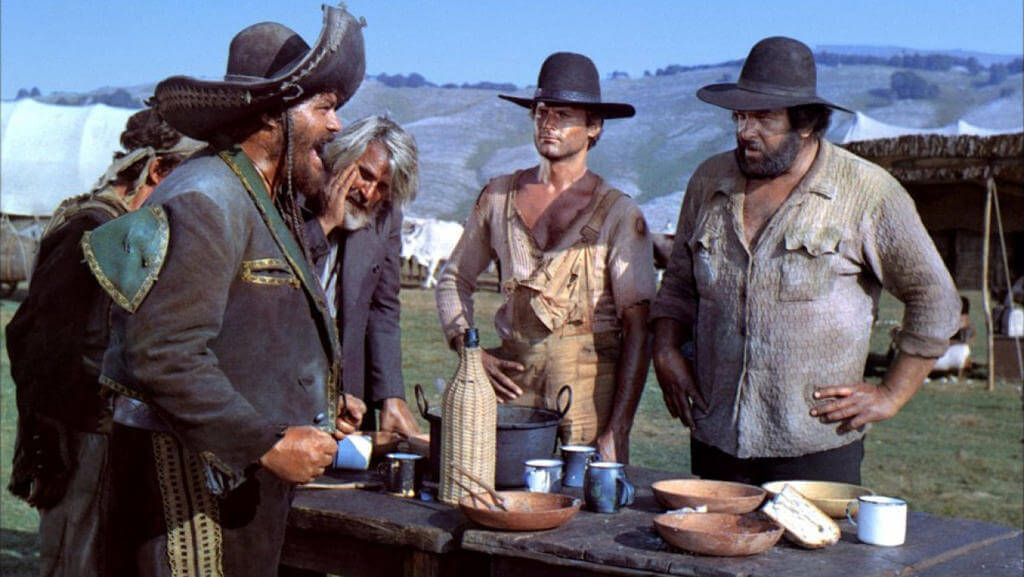 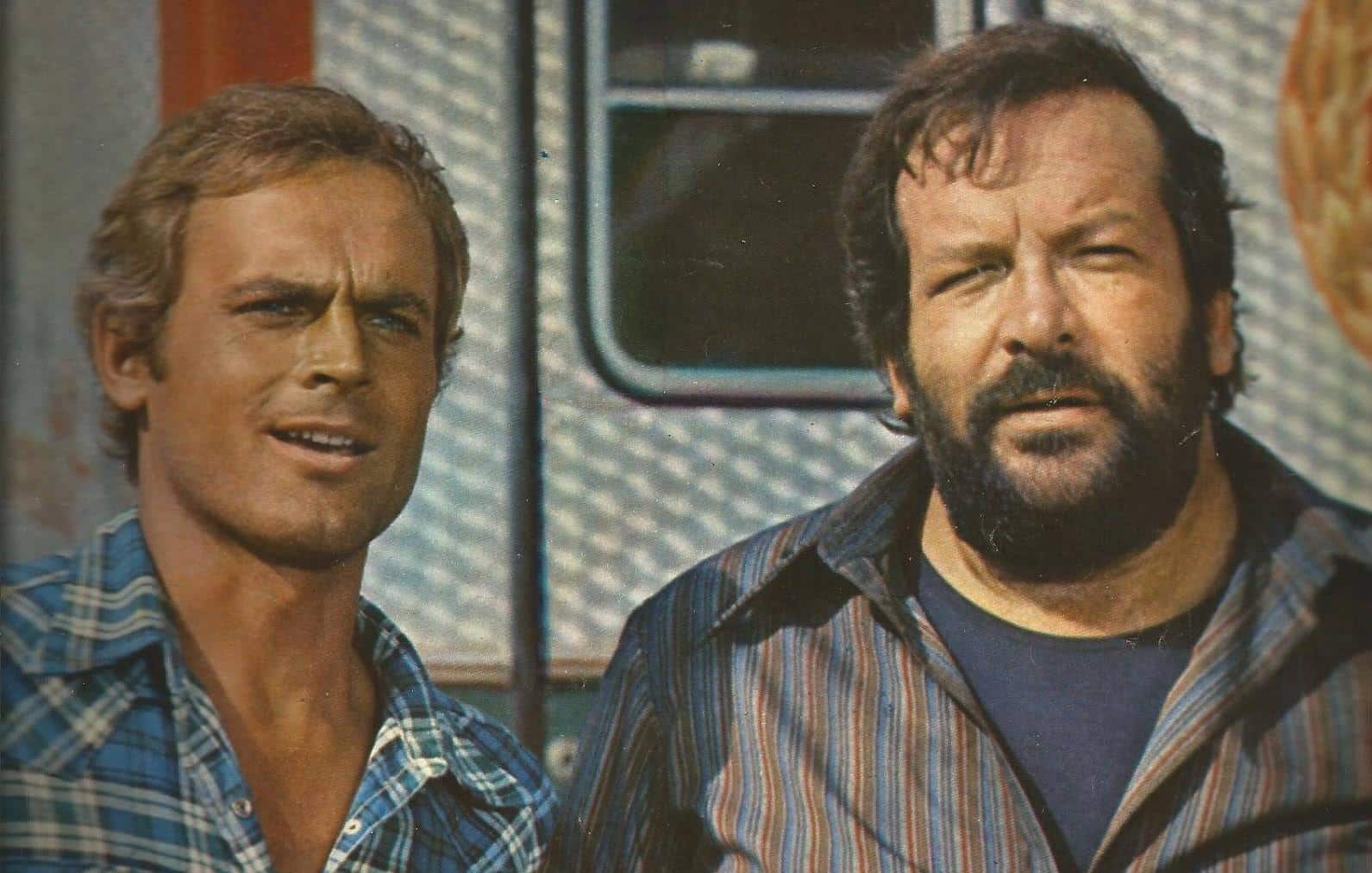