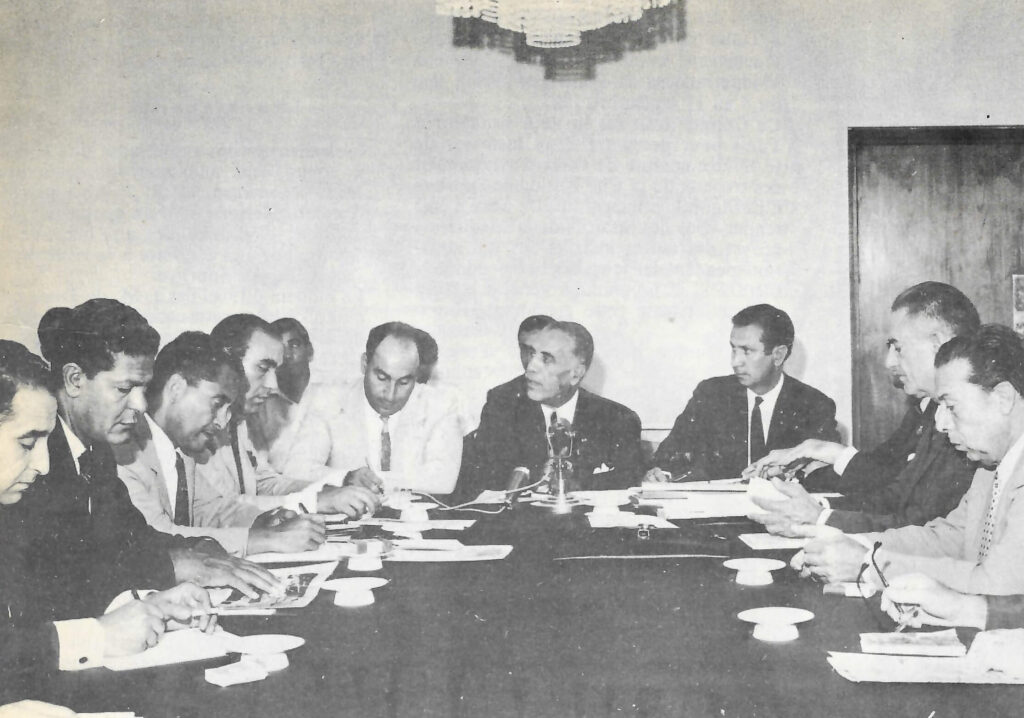 The Chairman of the Organizing Committee and President of the Lebanese National Olympic Committee, Gabriel Gemayel, proposed the creation of a permanent Committee that would ensure the sustainability of the Games.

The ICMG was officially created on June 16, 1961 in Athens, in the premices of Athens Tennis Club. The meeting of the Executive Committee was held under the chairmanship of Gabriel Gemayel and in the presence of Juan Antonio Samaranch (Vice-President), Ioannis Ketseas (Secretary General), Giulio Onesti, Mohammed Benzelloun, Ahmed D. Touny. During the meeting, Gemayel presented the statute of the ICMG, which was based on the International Olympic Committee statute. 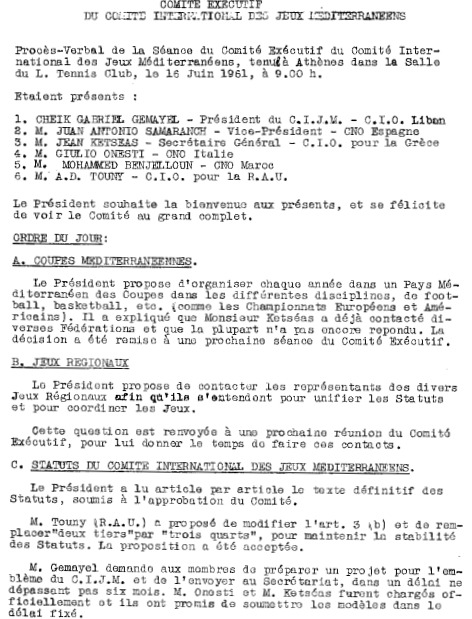 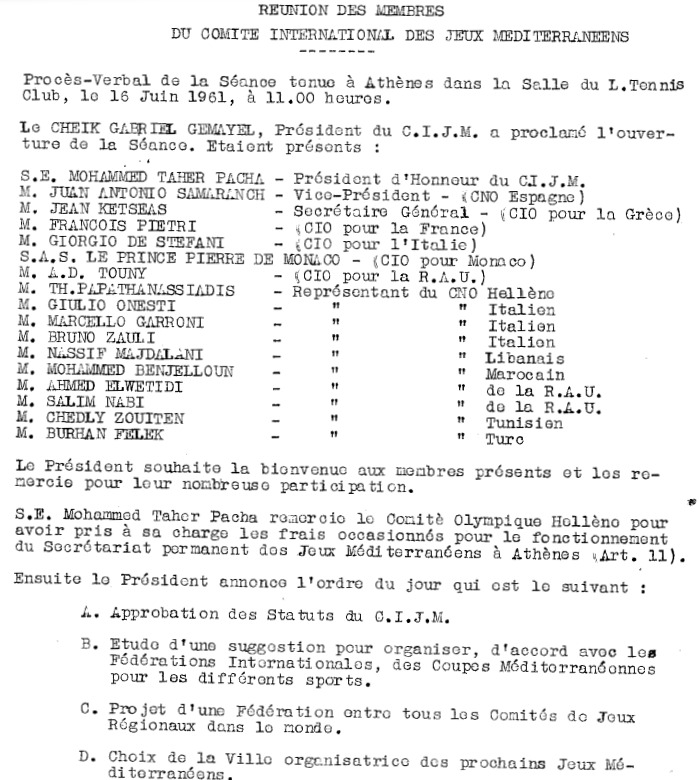 The ICMG statute was approved during the meeting and was also accepted, the proposal of the Hellenic Olympic Committee to place the headquarters of the ICMG on a permanent basis in Athens.