Born on April 15, 1962, in Casablanca, she obtained a Master’s degree in Physical Education and Physiotherapy from the University of Iowa (USA).  She became an inspector at the Ministry of Youth and Sports (1989-1997) before becoming Secretary of State to the Minister of Social Affairs, responsible for Youth and Sport (1997-1998).  Ten years later she returned to a ministerial portfolio, obtaining the portfolio of Youth and Sports (2007-2009). She was the Moroccan champion in 100m, 200m and 400m hurdles (1977-1987).  She was the African Champion in 400m hurdles (1983) and was eliminated on the same distance in the semi-final of the first World Athletics Championships in Helsinki.  She was also the US 400m hurdles champion (1984) while studying at the University of Iowa.

She was the Olympic champion in the 400m hurdles at the 1984 Olympic Games in Los Angeles. She was the first ever Olympic champion in this distance to come from Morocco but also the first from the Arab world. She also won the gold medal in 400m hurdles at the Mediterranean Games of Casablanca (1983) and Latakia (1987) and also added a bronze medal in the 4X100m relay at home in Morocco. She won the bronze medal in 400m hurdles at the World University Games in Kobe (1985) and the gold medal in Zagreb (1987). She contributed to the development of sports in Africa and in particular to the democratisation of women’s sports in the Arab countries which sometimes considered the practice of sports by a woman as inappropriate. 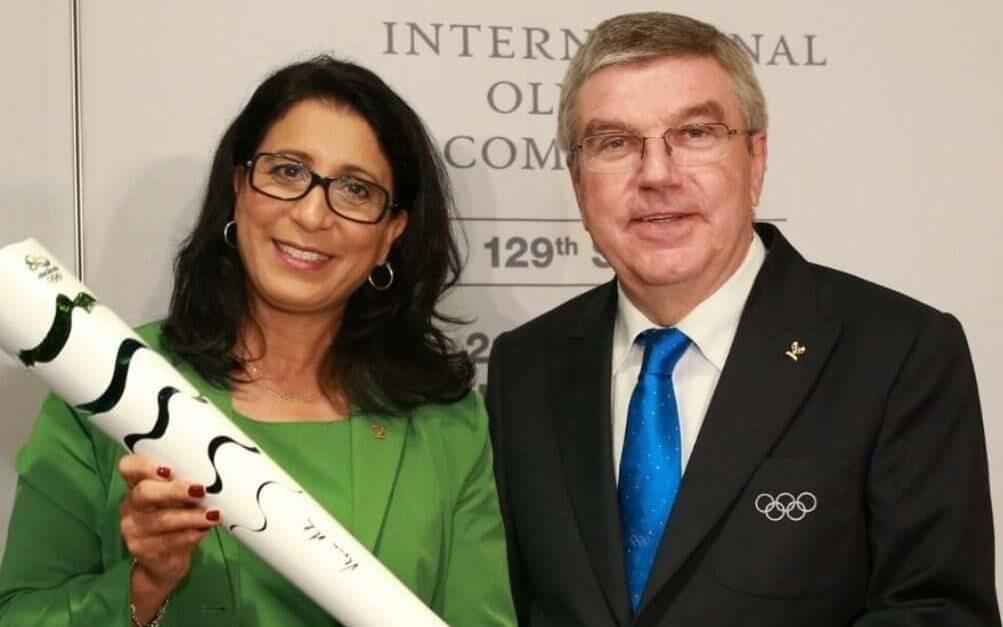 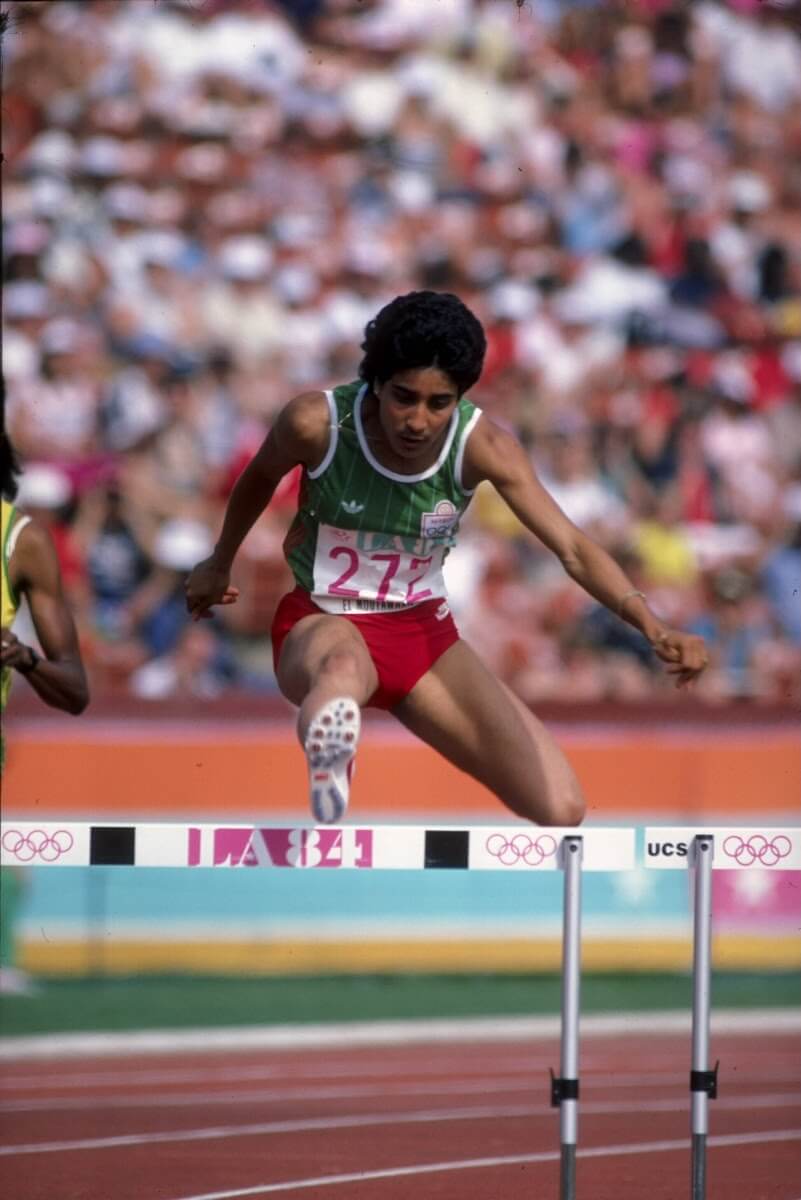 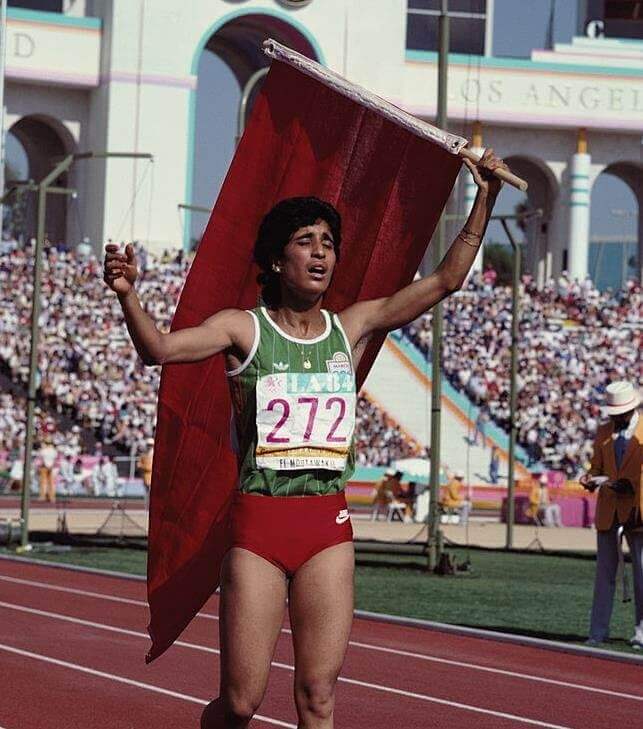 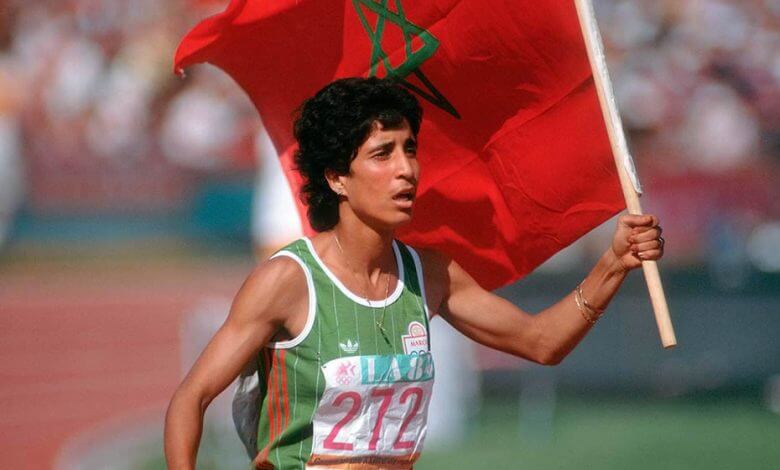 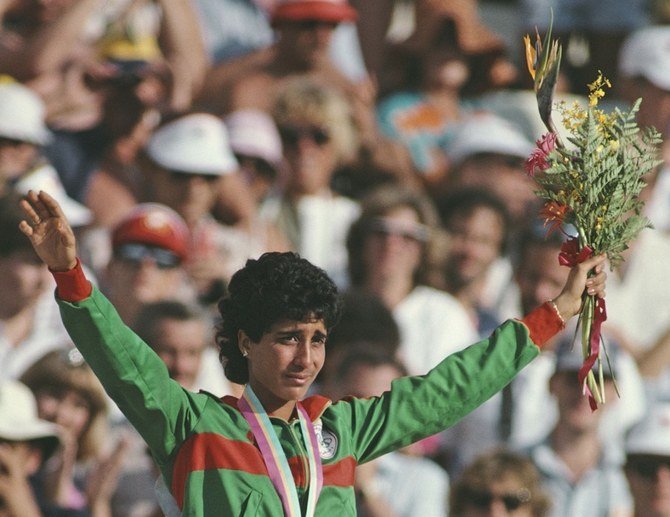