Tunisia had won only one Olympic gold medal in its history, with Mohammed Gammoudi who was the winner of the 5000m race in the Mexico Olympic Games. This was the year 1968, a new century then arrived and no one could believe that in 2008, in Beijing, we would see another Tunisian succeeding this extraordinary athlete. At home, it was thought that the swimmer Oussama Mellouli had the possibility to win a medal, but as soon as the competition started, everyone was sceptical as he finished 5th in the final of the 400m freestyle (3:43.45) and 8th in the preliminary heats of the 200m freestyle (1:47.97).

Nonetheless, on August 17, he won the gold medal in the 1500m freestyle with 14.40:84, ahead of the Australian Grant Hackett, the big favourite, and the Canadian Ryan Cochrane, to everyone’s surprise. Mellouli set a new African record and succeeded Gammoudi in the Olympic record books. This was already the third Olympic experience for the man who would later be nicknamed the “Tunisian torpedo”, especially since at 16 years of age, his first attempt was far from conclusive as he had to content himself with the 43rd place in the 400m race (4.41:97). And in particular because he was only ahead of two fellow competitors and was more than thirty seconds behind the American Tom Dolan, the winner of the event. But Oussama was learning, always learning both literally and figuratively since he acquired a BA in France, then went to the United States to obtain an MA in computer science at the University of Southern California, Los Angeles and started working as a computer engineer and was at the time in parallel swimming for the USC Trojans university team.

After graduation, he had ample time to think about swimming and after his success in Beijing, he would double that success in London by becoming Olympic champion in the 10km open water swim race, making him the first swimmer in history to become an Olympic champion both in and out of the pool. He would go on to add a bronze medal in the 1500m race. Oussama was less successful in Rio in 2016, but he would have the joy, as he had already done in 2012, to be the Tunisian flag bearer at the opening ceremony. During his career he also participated in seven world championships (four long course and three short course championships) and won fifteen medals including four titles.

These achievements do not include his victories in the World Cup, the African Championships, the African Games; also, it is at the Mediterranean Games that he performed his best since he participated in all four editions organised during his career. From 2001 to 2013 he participated in four editions, took part in fourteen races and won… fourteen medals. In Tunis (2001), he won the silver in 400m medley. In Almeria (2005), he won three races: the 200m medley, the 400m medley and the 800m. 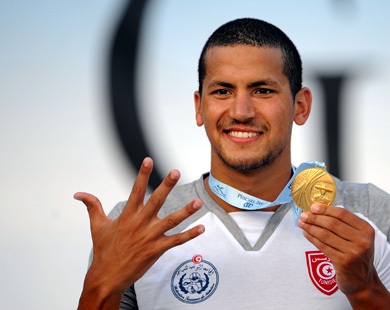 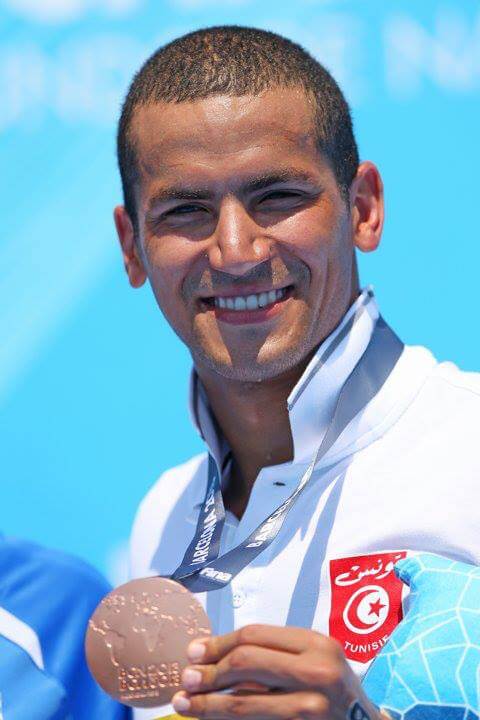 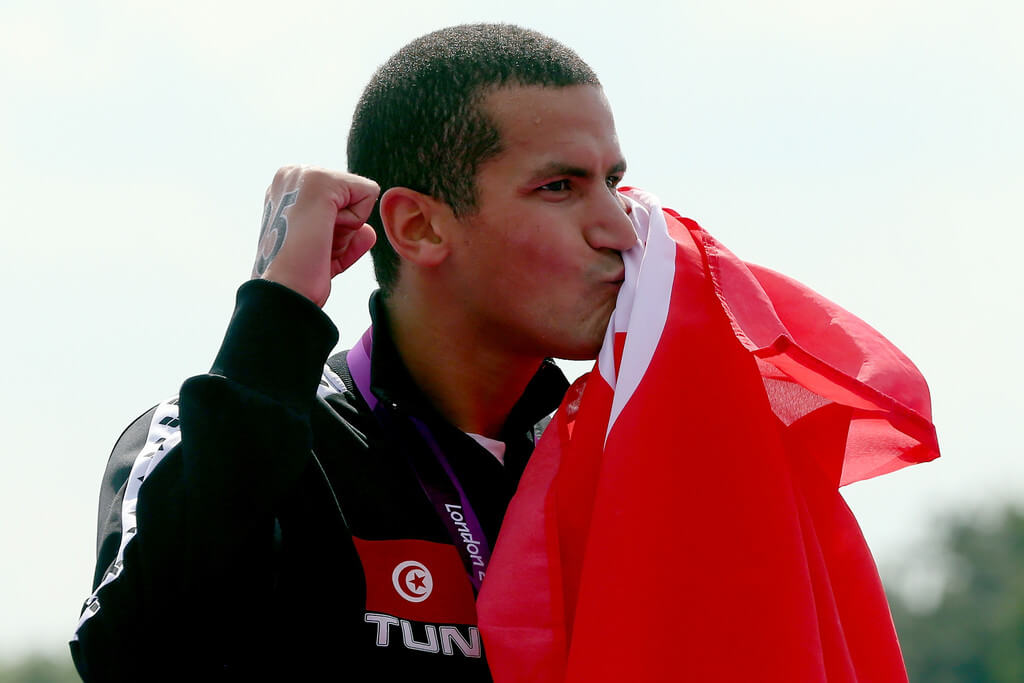 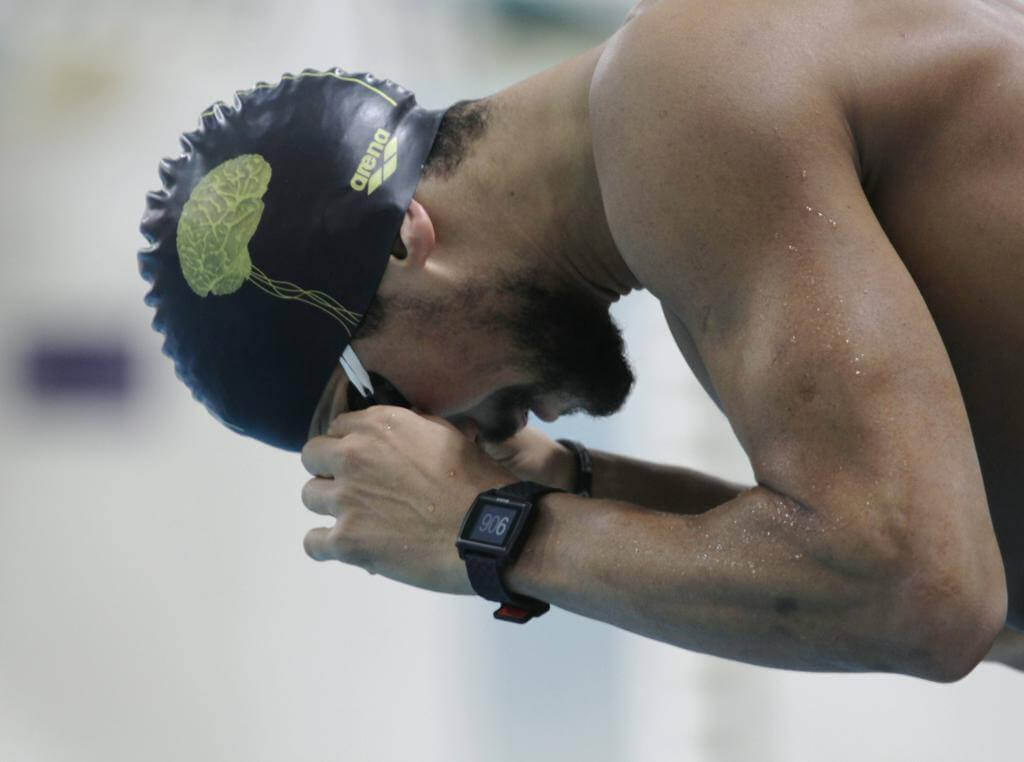 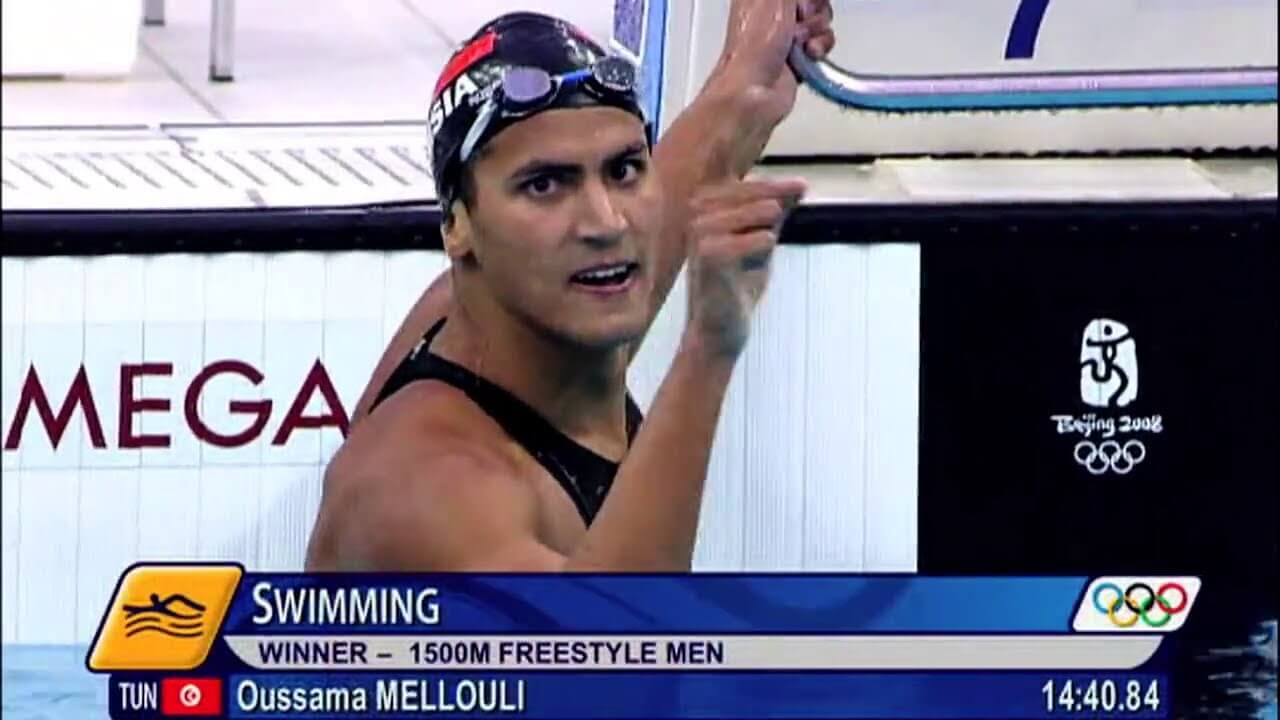 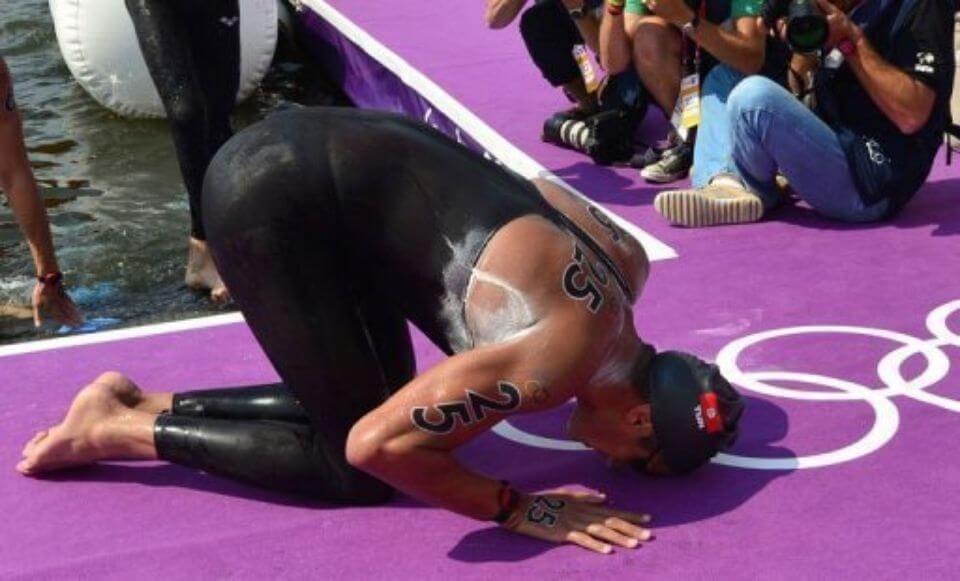 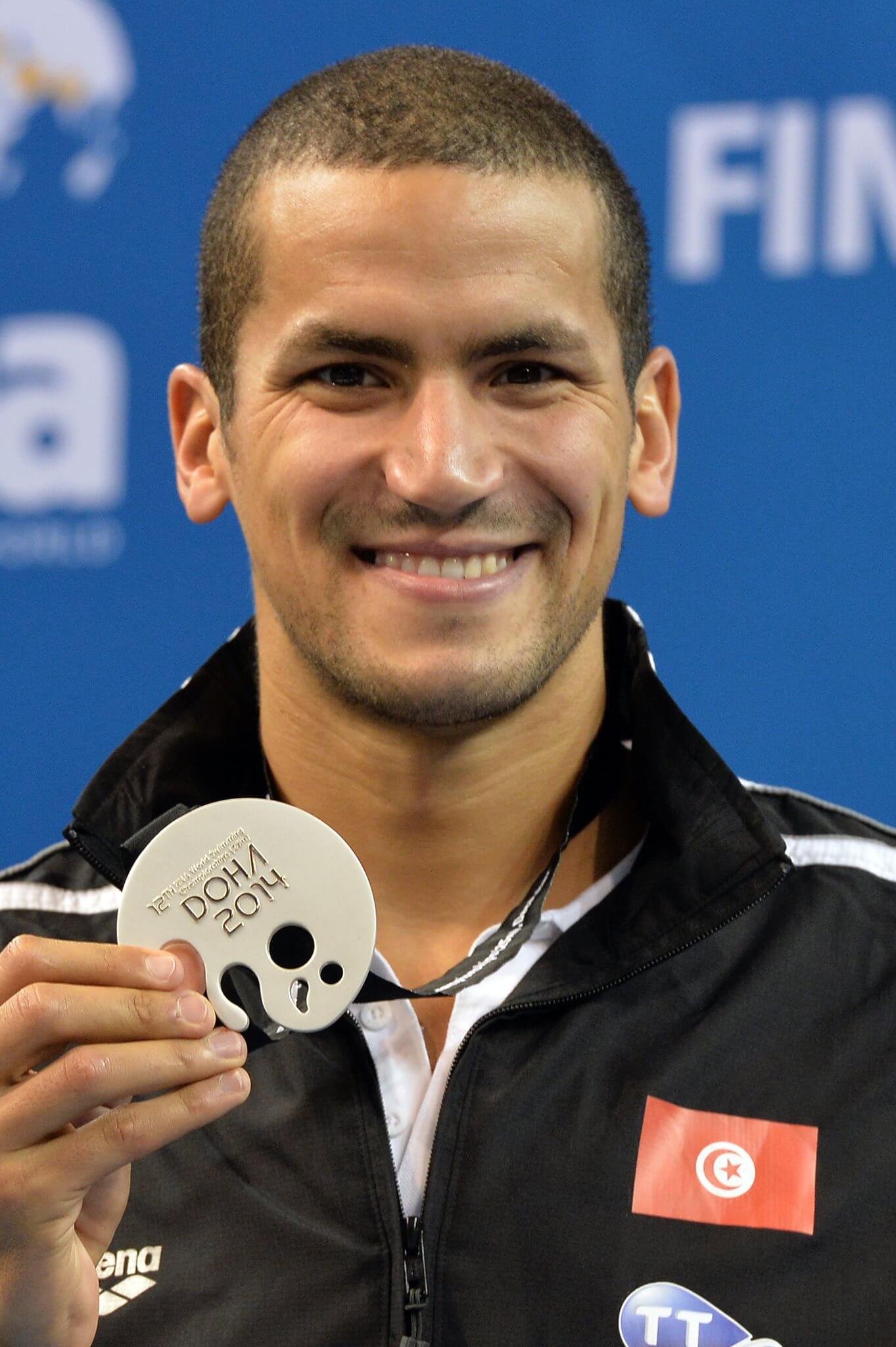