Even before distinguishing himself at the Olympic Games, the Italian Sante Gaiardoni, in spite of his young age, still being a junior, would distinguish himself in all tracks of the world.  It is true that he had a hard time getting rid of his teammate Valentino Gasparella, world amateur champion in 1958 and 1959. Gaiardoni won three Italian tandem titles in 1958-60, twice with Giacomo Zanetti and once with Sergio Bianchetto. Gaiardoni’s only success in road bicycle racing as an amateur was winning the 1959 Milano-Busseto race. Track cycling is rarely organised at the Mediterranean Games, but the Italian took advantage of the presence of a velodrome in Beirut in 1959 and won gold medals in sprint and kilometre.

Sante, being of a small and very muscular stature, still managed to place second in both events.  However, in Leipzig in 1960, he made it to the top and became a world champion and was selected for the Olympic Games which, for the first time since the 1924 Games in Paris, allowed for two sprinters in the spring tournament in the Rome Games.  In the kilometre event, there was only one representative from each nation and the 25 runners had only one objective: to beat the Olympic record of Leandro Faggin who had covered the distance in 1:09.8 to become Olympic champion in Melbourne in 1956. Five of them would beat this record, but it was the Italian Gaiardoni who had the last word by achieving 1:7.27, way ahead of the German Dieter Gieseler with 1:8.75. This was the first time in the history of Olympic cycling that times were timed to the hundredth of a second.  In sprint, which was held on the same day as the final of the kilometre, there were thirty contenders to the Olympic title coming from 18 nations. Sante found the time to qualify during the first round and then the second round, with as much ease.  The following day, he passed just as easily the quarter-final against the Brazilian Anésio Argenton.  After one day of rest, he was still way better than the Australian Ron Baensch in the semi-final and the Belgian Leo Sterckx.

After the Olympic Games, he turned professional and as it was the case with Valentino Gasparella in the amateurs, he had a bone to pick in the professionals’ division with Antonio Maspes. He only managed to beat his compatriot once at the World Championships in Rocourt in 1963. He had to be make do with the silver medal in 1962, 1965 and 1970, and the bronze medal in 1966 and 1969.  In Italy, Gaiardoni ended the Maspes streak of five consecutive national sprint titles by winning the gold in 1964. At the end of his career, he married the singer Elsa Quarta and in 2006 he tried politics by running for mayor of Milan, but was defeated by Letizia Moratti who had formerly been president of RAI (1994-1996) and also Minister of Public Education in the Berlusconi governments (2001-2006).  In 2010, together with the journalist Francesco Lodi, he wrote a book called “Quando la rabbia si trasforma in vittoria“, recounting Gaiardoni’s life story, from his childhood until the Olympic Games in Rome. 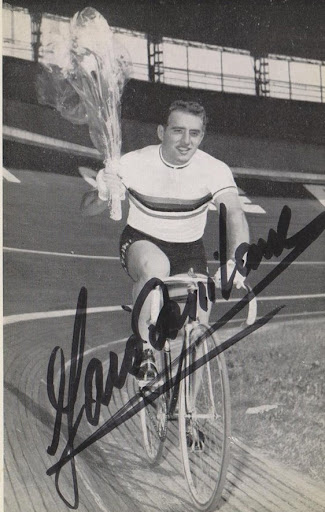 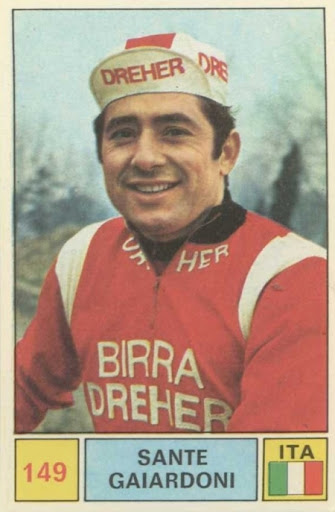 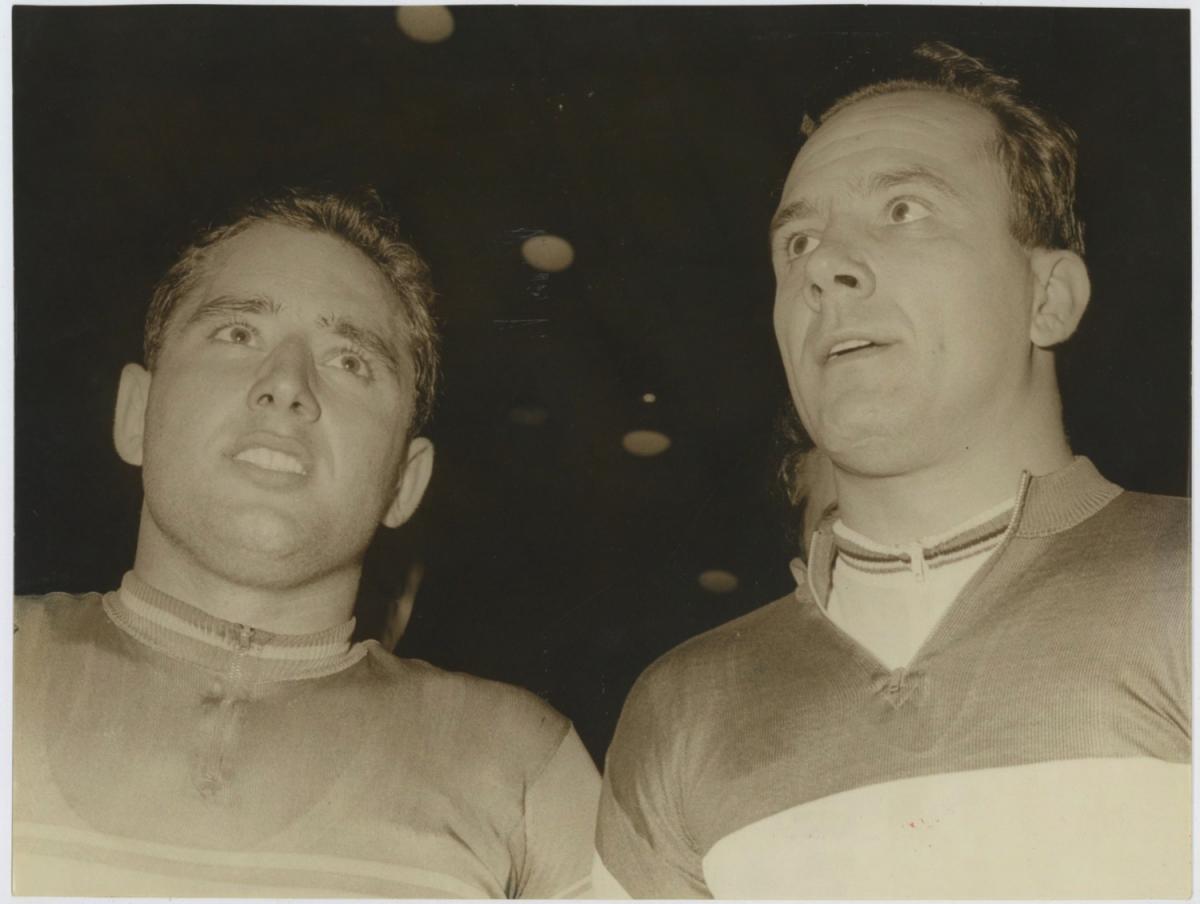 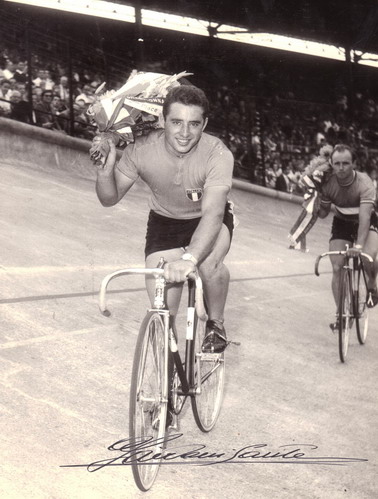 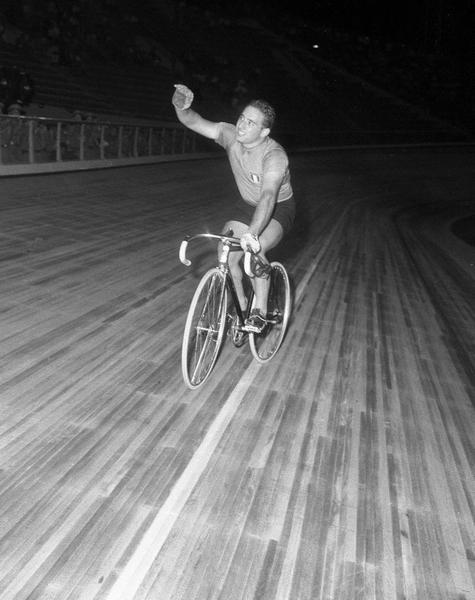