Many say that he would have been the greatest middle- and long-distance runner of the post-war period hadn’t he had the misfortune of competing against the great Czechoslovakian Emil Zapotek, known as the “Locomotive”. Alain Mimoun, born Ali Mimoun Ould Kacha on January 1, 1921, never held it against the Czechoslovakian; on the contrary, the two were very close friends throughout their lives. He was the eldest of seven siblings from a family of modest farmers: the father was a seasonal farmer and his mother Halima weaved blankets for a living. He wanted to become a teacher… and instead became a soldier in the 6th Algerian Rifle Regiment at the beginning of 1939.

It was within his regiment that he discovered running and decided to train but despite the initial successes, he did not escape the war and the numerous campaigns that led him in January 1944 on Monte Cassino in Italy where he was seriously wounded and narrowly avoided amputation. He was discharged in 1946 and became a waiter at the Croix Catelan, the stronghold of the Racing Club de France. This was the beginning of an incredible career that was the embodiment of innate qualities for endurance events. In 1948, being practically unknown at international level, he won the silver medal in the 10000m. in the London Olympic Games in 1948… behind Zatopek. He achieved the same position in the 5000 and 10000m races at the European Championships in Brussels in 1950… behind Zatopek and again the same “punishment” in the 1952 Olympic Games in Helsinki.

He got his “revenge” by winning the international cross-country championship four times, the forerunner of the world championships in this discipline (1949, 1952, 1954 and 1956). He mainly distinguished himself in the Mediterranean Games in 1951 in Alexandria and in 1955 in Barcelona, achieving twice the double win for the 5000-10000m races. At the beginning of 1956, he jointly held the eight French records for the 2 miles, 3 miles, 5000m, 6 miles, 10000m, 15000m, 20 km and the one hour run. Nevertheless, Alain hadn’t made it to every athlete’s Holy Grail: the Olympic title. He had decided, in 1956 in Melbourne, to go into a race that he had never been involved with in his career: the marathon. Everyone believed he was crazy and for months he was preparing himself on a physical and mental level and also on an equipment level. Socks, shoes and jerseys for different weather conditions. 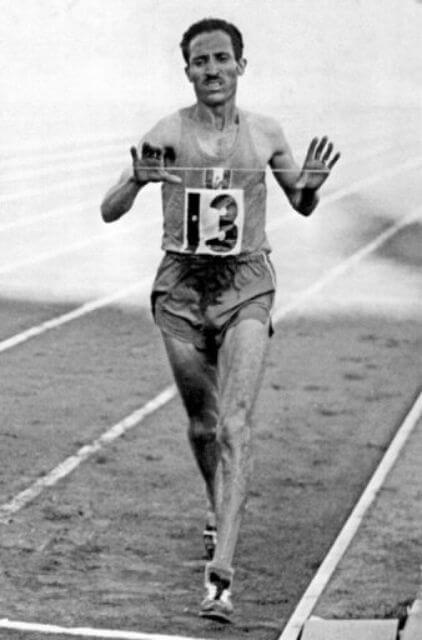 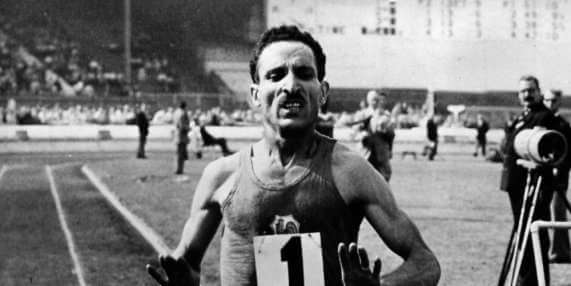 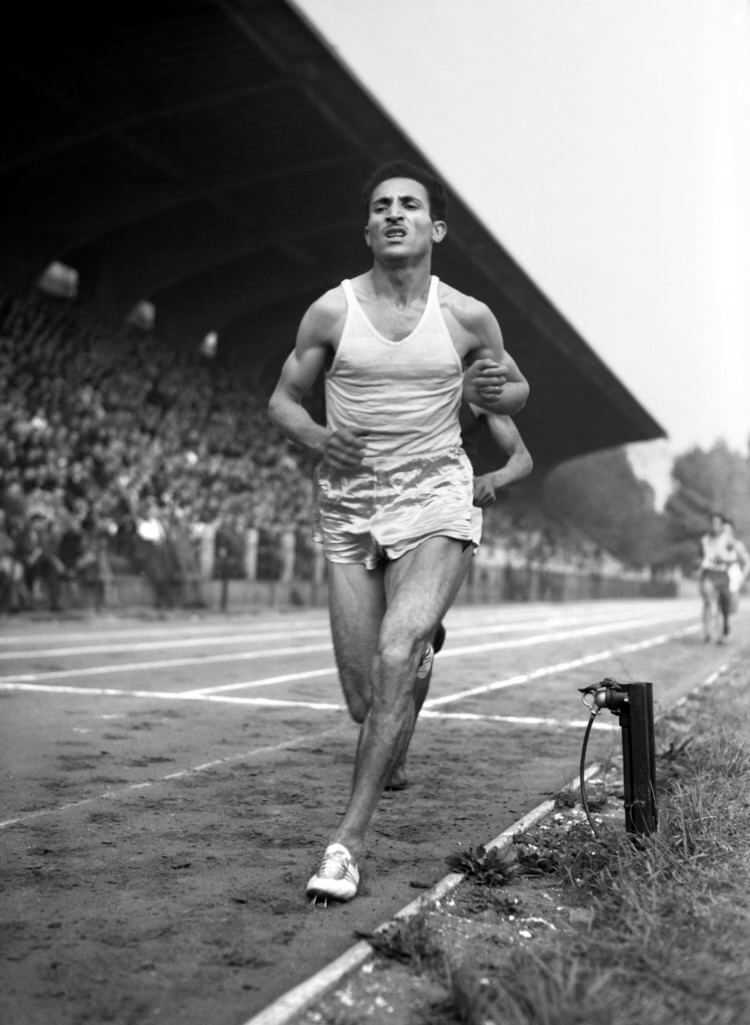