The proverb “things always seem to go in threes” has never been truer than in the case of the Sydney 2000 Olympic Games. Indeed, after the Olympic title of Hassiba Boulmerka in Barcelona in 1992, that of Noureddine Morceli in Atlanta in 1996, followed the frail Nouria Merah-Benida who imitated her glorious elders by becoming Olympic champion in Australia. It seemed like the 1500m women race had become an exclusive domain for Algeria.

However, no one was really expecting Nouria to win the Olympic title because, in accordance with her times, she did not seem like a favourite. Before the race, the favourites seemed to be the outgoing Olympic Russian champion Svetlana Masterkova and the Romanians Violeta Szekely and Gabriela Szabo, who a few days earlier had won the Olympic title in the 5000m race. As a proof that Nuria was still in the shadow in the world of global athletics, the Who’s Who of global athletics had only six short lines to her name, while the best athletes are reserved at least half a page. The petite Algerian, who trained at the athletic club of Saint Etienne, was already 30 years old when she arrived in Australia and was nearing the end of her career.

Originally from the town of Si-Mustapha in the Wilaya de Boumerdès in Kabylia, the petite athlete, standing at 1.62m and weighing 54 kg, had already participated in the 800m in the 1996 Atlanta Olympic Games, but did not go beyond the preliminary rounds with 2:02.44. However, the following year, in Bari, Italy, she won the 1500m in the Mediterranean Games, with 4:11.27. At the World Championships in Athens in September, she was 11th in the 800m and 29th in the 1500m. At the indoor championships in Maebashi, Japan in 1999, she was 10th in the 800m; a few months later at the world championships in Seville she was 19th in the 1500 m.

At the African Games in Johannesburg, South Africa in 1999 she won the silver medal in both the 800m and 1500m races. These were certainly beautiful victories, the positions encouraging, but no one would dare assume her capable of achieving something bigger in the Olympic Games. However, her time in the 800m was 1:58.69 and 3:59.12 in the 1500m, so she could still rightfully make a claim. She passed the preliminary heats easily (4:10.24), then the semi-finals (4:05.24) and found herself in the final.

A race in which nobody wants to take responsibility for the lead and which during its three-quarters is at a snail’s pace, something that implies a fast-running last lap. Therefore, anyone can win. Nouria launched her assault at the entrance of the home straight and found herself several meters ahead. She believed in it, gritting her teeth, the others coming behind her at full speed. The Algerian (4:05.10) finished five milliseconds ahead of Violeta Szekely (4:05:15) and Gabriela Szabo (4:05.27). Exceptional. But the following year, Nouria returned to the usual: she finished 24th in the 1500m in Edmonton in 2001, retiring at the 2004 Athens Games. She is an ambassador for the Monegasque NGO “Peace and Sport”, fighting daily for women’s rights in her country, as Hassiba Boulmerka did in the past. 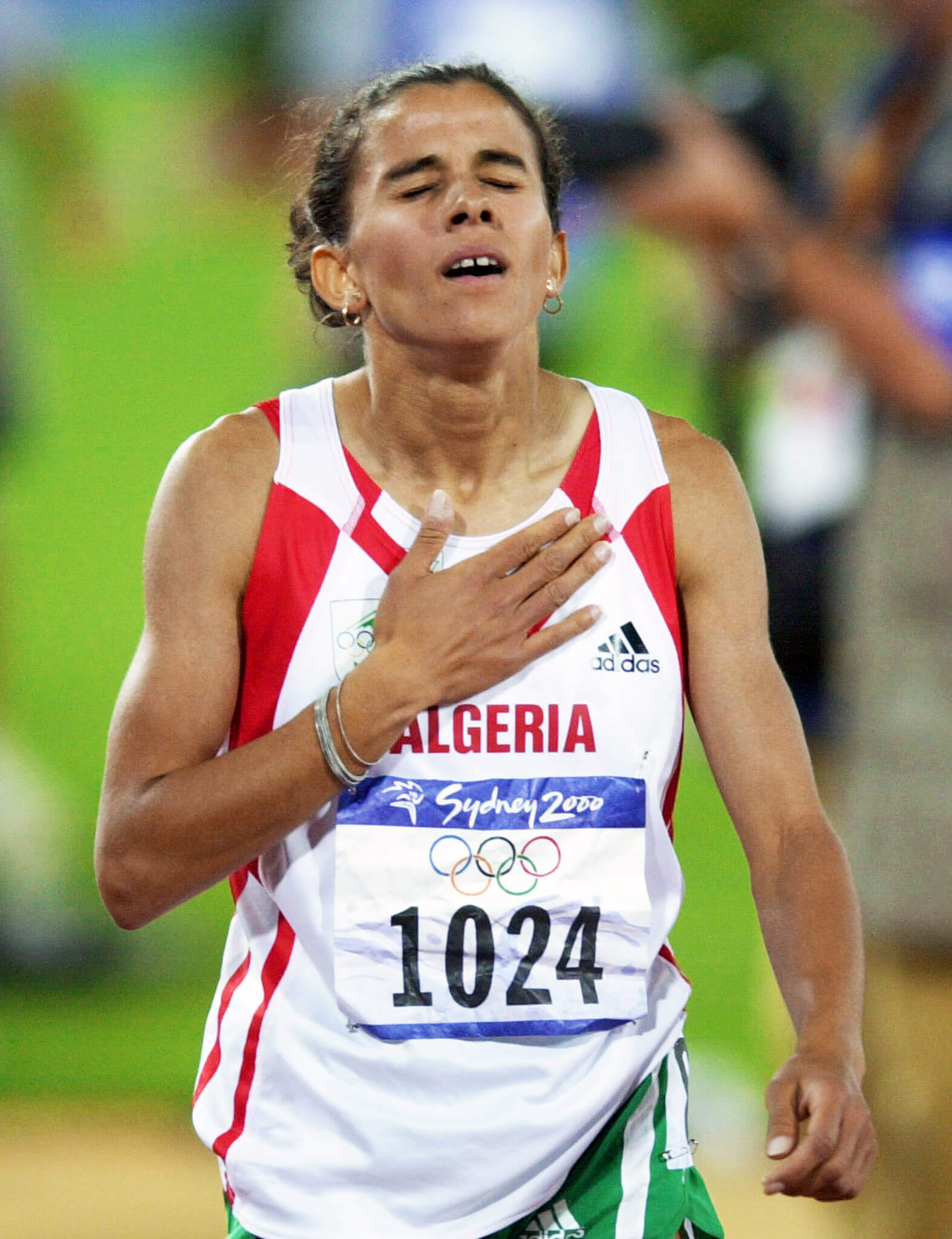 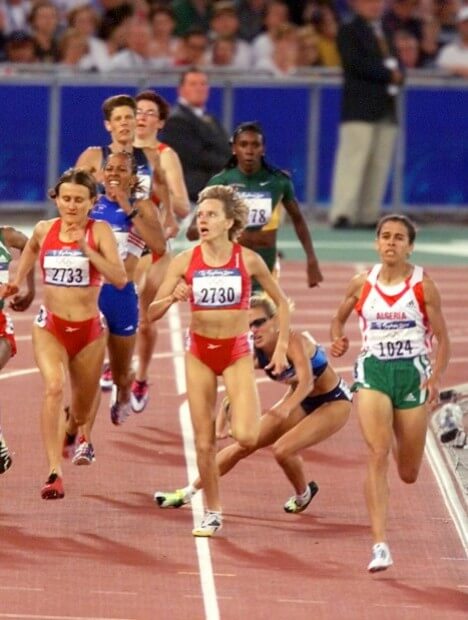 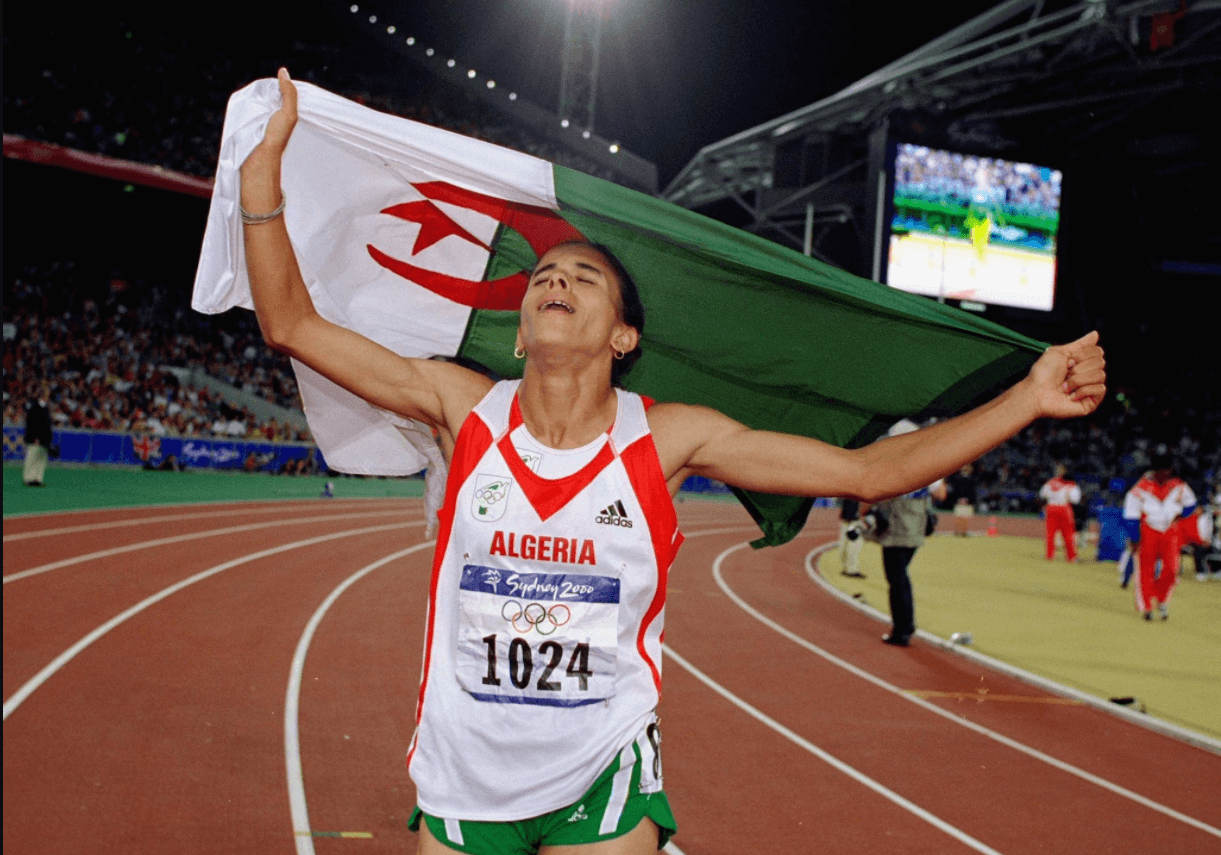